3 Financial Goals to Hit if You Want to Retire Early

The unfortunate truth is that far too many Americans are behind on their retirement goals, and many of them might not retire at all. In fact, 74% of American adults say they’re planning on working past retirement age, according to a 2017 Gallup poll, and 25% say they don’t think they will ever stop working altogether.

However, that doesn’t mean retirement is out of reach. In fact, with enough determination and planning, you might even be able to retire early. 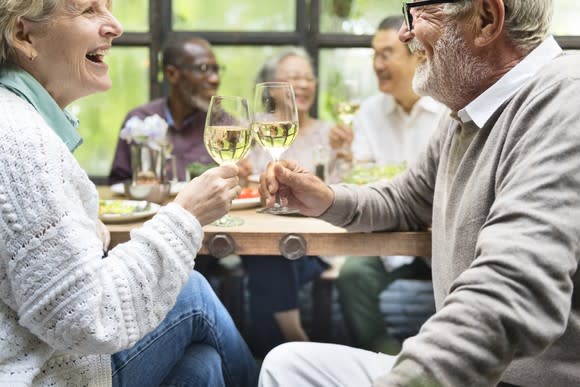 Of course, planning for an early retirement won’t be easy. Because you’ll be spending fewer years working and more years relaxing, you’ll need a larger nest egg to cover all your expenses. You’ll also need to figure out how you’re going to pay for healthcare, because retirees aren’t eligible for Medicare until age 65 — and if you go without insurance, medical expenses can quickly drain your savings.

But that doesn’t mean early retirement can’t be achieved. If you’re willing to make a few sacrifices now to enjoy more years in retirement later, here are a few goals you should aim to reach.

1. Contribute at least 20% of your income toward your retirement fund

The average 401(k) participant contributes about 6% of their income toward their retirement fund, according to Vanguard’s 2017 How America Saves report. But if you want to supercharge your savings, you’ll need to be contributing more along the lines of 20% of your income.

If your employer offers matching 401(k) contributions as well as good investment options, try to max out your 401(k). For 2018, the contribution limit is $18,500 per year (or $24,500 per year if you’re age 50 or older). If your 401(k) offers investment options that are just so-so, still contribute enough to receive the full employer match (since not doing so is essentially leaving money on the table), then put any leftover income into an IRA.

If you’re not offered a 401(k) through your employer, start with an IRA. But because the annual contribution limits are much lower for IRAs ($5,500 per year, or $6,500 if you’re 50 or older), you’ll likely have leftover income that you should be investing. In that case, invest that income into a taxable brokerage account. A taxable brokerage account will also be beneficial when you’re actually ready to retire. With IRAs and 401(k)s, you typically pay a 10% penalty if you withdraw your funds before you reach age 59 1/2. So if you retire before that age, a taxable brokerage account can help bridge the gap so you can leave your other retirement funds untouched and avoid a penalty.

In another scenario, say you’re contributing 20% of your salary (or $12,000 per year) while still earning the $1,800 per year from your employer, bumping your total yearly contributions from $7,800 to $13,800. Assuming you’re earning a 7% annual rate of return on your investments, here’s what your total savings would look like over time:

Of course, saving an extra 10% of your salary each year isn’t an easy task. But that extra $6,000 per year breaks down to around $500 per month, or $125 per week. While that’s still a lot of money, if you can find other areas of your budget to trim, it could help your savings grow by hundreds of thousands of dollars over time.

While the safest route to seeing your savings grow over time is to stick to conservative investments — such as money market accounts and CDs — smaller risks lead to smaller rewards. If you have your heart set on retiring as early as possible, you’ll need to be more aggressive.

However, that’s not to say that you should throw all your money into the latest and greatest tech start-up hoping to make it big; if you lose all your money in bad investments, you’re even further away from your goal than when you started. That’s why it’s important to take a strategic approach and balance risks and rewards.

For example, you might have most of your retirement savings invested in low-cost index funds. That’s a smart move, since these types of investments are relatively safe. But you might choose to invest a portion of your contributions in stocks in an attempt to earn a higher rate of return on your investments.

Exactly how much you want to adjust your contributions depends on how close you are to your desired retirement age, your income, and your comfort with risk. If you have just five or so years left until you want to retire, it could be a wiser bet to simply stick with the more conservative investments, since the higher returns you could be earning with more aggressive choices might not be worth the risk for such a short time period.

Similarly, the higher your income, the more flexibility you typically have with your investments. If you’re putting every spare penny toward your retirement fund and even small setbacks could derail your savings, you might choose to stay relatively conservative — even if you end up having to work a few extra years.

3. Pick up a side hustle (and put all that income toward retirement)

Roughly 37% of Americans have a side hustle, according to a recent Bankrate report, and the average side hustle brings in about $686 per month (or $8,232 per year) in extra income — which is money that can go a long way toward helping you retire early.

When it comes to choosing a side hustle, the sky is the limit. You might choose to be an Uber or Lyft driver during your evenings and weekends, or you could set up an Etsy shop to sell your handmade jewelry or crafts. If you travel a lot, you might even choose to rent out your home on Airbnb to earn extra cash.

Once you find a side hustle you love, put all that extra cash toward your retirement. Don’t get discouraged if you’re not raking in the dough right away — even a couple hundred dollars per month can go a long way over time.

For example, say you’re earning $300 per month from your side job, and you’re investing that full amount in your retirement fund, earning a 7% annual rate of return. After 15 years, you’ll have accumulated around $125,145.

Also, if your side hustle is enjoyable, you don’t necessarily need to stop once you retire and leave your day job. If you continue investing that money, you can build an even stronger nest egg that will continue to grow after you retire.

Early retirement is a dream many people have, but most people think they’ll never be able to achieve it. While preparing to retire early is not easy and will require sacrifices, the good news is that it’s not as difficult as you might think. The most important step is just getting started as early as possible so you can enjoy your retirement to the fullest.