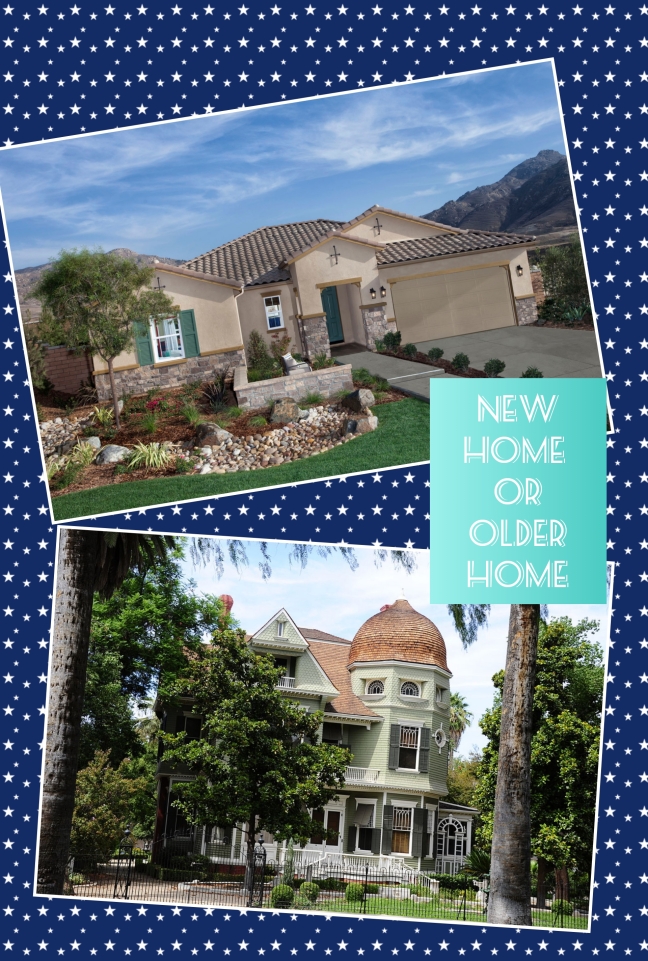 Should you buy an existing home, or a brand new one? Depending on where you’re looking or what your budget is, you may not have much choice in the matter, as we’ll see below. But what are the pros and cons of each?

New homes accounted for just 10% of home sales in 2017, but the majority of home buyers say they would prefer a new construction house to an existing one if given the choice, according to a survey by the (admittedly partial) National Association of Home Builders.

Still, old homes do have some advantages—a main one being that, if they’re still standing, they’ve so far passed the test of time. Homes from the beginning of the 20th century and earlier—before we deforested the landscape—were usually built with dense, mineral-packed old-growth timber, too, harvested from trees that were hundreds of years old. Compared to today’s quickly grown timber, “The old lumber was much more rot resistant and less likely to twist and warp,” says contractor Tim Carter, founder of AsktheBuilder.com.

That said, existing homes can be three or 300 years old, and not all old homes were built the same. Construction quality can suffer during a building boom, when increased demand for workers draws inexperienced new builders into the industry. Mike Resteghini of F.H. Perry Builder in Hopkinton, Massachusetts, saw that happen in the mid- to late-1980s. “Everybody and their brother was a builder, says Resteghini. “A real estate agent or attorney became a builder overnight to jump in the boom.”

Of the contractors I spoke to, none had much good to say about homes built in the 1960s and ’70s, either. Resteghini points to one client’s home, built in the 1970s—”another dark age for construction,” he says. There was so much wrong about the house that they couldn’t do what the homeowner wanted; a structural engineer determined it couldn’t be modified.

And of course, if you’re the type to see or hear or sense spooky stuff, that’s way more likely to happen in an old home where generations of owners have lived their lives. But, there’s always the chance a real estate developer decided to build new homes right on top of a cemetery, too.

Hauntings aside, if you’re on the fence between buying a new construction or existing home, here are some pros and cons of each:

Just as you’ll pay more for a West Elm dining room table at the store than on Craigslist, new houses generally cost more than used ones. The median price of a newly constructed home was $312,400 in April—about 25% or $62,000 more than the $250,400 median price tag on an existing, lived-in home.

Among new homebuyers who purchased a previously-owned home, about a third (32%) said the main reason for their decision was the price, according to a 2017 survey of homebuyers by the National Association of Realtors.

In a lot of major cities, you pretty much need to buy an existing home if you want to be close to downtown. With the exception of a few luxury condo buildings and new residential developments here and there, most of the land and housing in a developed city and its immediate suburbs is spoken for—and has been for some time. In entirely urban Washington, D.C., for example, the median home is 75 years old—twice as old as the national average.

On the flip side, if you crave a big lot of land and prefer living in a spread-out, exurban setting, you’ll likely be able to find that in a newly built house.

From knob-and-tube wiring to lead pipes, old homes can have a lot of problems—the home inspection report on our 1920 two-family could give you night terrors. But the one upside is, they’re old problems with known solutions. When it comes to hazardous materials of yore, for example—like lead and asbestos—you can often even find local grant money or low-interest loans to remedy the problem.

New homes are brand new, so you shouldn’t have to worry about any big maintenance issues right away. In that same NAR survey, 36% of buyers who purchased a new home said they were looking to avoid major renovations or problems with plumbing and electrical systems. Most new homes also come with a warranty against shoddy construction and other problems (though buyers tend to expect more from these policies than they can deliver).

New homes are generally built with modern, more durable materials, too, which should require less ongoing maintenance on your part. Except every so often, a new construction material turns out to be a total bust, says Carter. Manufacturers in every industry are always introducing new products to solve problems, boost sales, or lower costs. But while a new car feature might prompt a safety recall and a new soda flavor will just fall out of the marketplace if it’s unpopular, a bad building product might not show its true colors until 10 years down the line—when the house it was installed in has already been made a home. From finger-jointed pine trim that rotted within a few years, to asphalt shingles that fall apart in less than 10 years, to the laminate hardwood flooring sold at Lumber Liquidators until 2016 that was found to off-gas dangerous levels of formaldehyde, new building materials can have as-yet unknown problems.

“If I were building a new home today, I’d only want to install products that are in the third generation or older,” says Carter. It’s like a new version of iOS, he says: The first release normally has a lot of bugs. “The first generation of composite decking had all sorts of issues,” he says. Now, in their third generation, “composites are great products.”

Here’s one category where a new home pretty much always wins. If you have the money, you can hire an architect and contractor to build the exact home of your dreams to spec. Even at the lower end of new construction, there’s often the opportunity to semi-customize a new home, whether you’re choosing a slightly different layout or upgrading certain finishes.

Compare that to existing homes: In a more balanced housing market, you could at least shop around and find an existing home that pretty closely matches your needs—but there will almost always be some compromises.

And this isn’t a balanced market: One reason home prices have been climbing up, up, and away the past five years is that there are too few of them for sale. Housing inventory hasn’t kept pace with demand, which leaves fewer options and more competition for desperate buyers—who can end up paying more than they imagined for a house they may not even love.