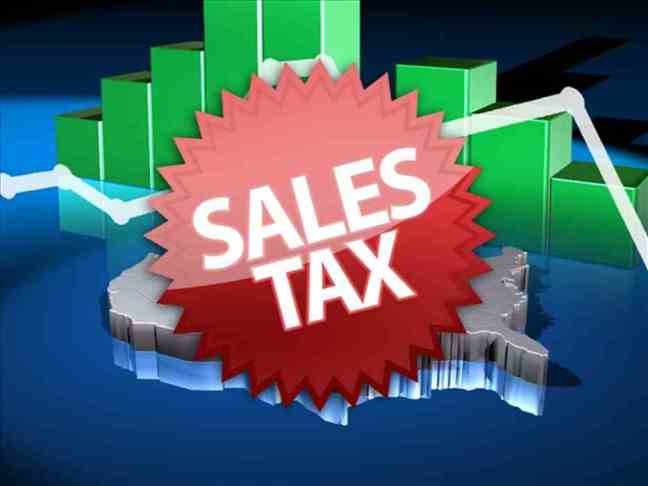 Sales taxes there will rise one percentage point, from 7.75 to 8.75 percent, meaning consumers will pay an extra penny on each dollar spent on taxable merchandise.

California charges tax on the sale or use of “tangible personal property,” which includes a broad range of items such as furniture, alcohol and restaurant meals. No sales tax is charged on groceries, prescription medicines or on services such as doctor visits.

And auto buyers who think they may save some money by purchasing a vehicle in another town won’t. Sales tax rates on auto purchases are based on where the car is registered, not where it’s bought.

Shoppers in the four cities could save a few dollars by making large purchases before April 1, but Hemet Mayor Linda Krupa is taking a different tact. In need of a new car, washing machine and stove, Krupa said she’s going to wait to make those purchases and not be concerned about the extra money she will spend.

“I will be able to contribute more to the city,” she said. “I’d rather have another cop on the street and keep my fire department going.”

Robert Kleinhenz, executive director of research at the UC Riverside School of Business Center for Economic Forecasting and Development, said he does not expect the increase to have an effect on spending in those cities.

“If there’s a time to do it, it’s when the local economy is healthy,” he said. “People are working, paychecks are on the rise. It’s not going to make a dent at all.”

All four taxes are general taxes and can be spent in any fashion the respective city councils decide.

Officials in those cities all have said public safety is their biggest need, though some also cited services such as road repair and parks maintenance and the need to build savings and pay down debt.

In anticipation of the revenue bump, Temecula earlier this year amended its deal with the Riverside County Sheriff’s Department, which provides police service on a contract basis, to add 11 officers.

The council recently approved a Measure S logo that will be used to identify projects that receive at least a percentage of revenue from the sales tax hike.

Examples include the citywide pavement rehabilitation and concrete repair effort and projects at the Ronald H. Roberts Public Library, Patricia H. Birdsall Sports Park and Sam Hicks Monument Park, which will be getting a new playground in the near future.

Hemet’s council passed a resolution vowing that the money will only go toward public safety, with two-thirds going to the police department and the rest going to fire.

Although the city has yet to see a penny in new taxes — money should start coming in around July — both departments have started hiring more personnel and buying equipment.

Riverside will benefit most from the sales tax, projecting an annual tax increase of $48 million. Temecula expects to generate about $23 million in revenue annually, much of it paid by visitors drawn to the city’s mall and many restaurants. Hemet expects a $10 million annual increase and Menifee is looking at $7 million per year.

The cities have been working to educate the public about the upcoming increase.

Menifee Economic Development Manager Gina Gonzalez said the city put together a plan for communicating the launch of the tax to businesses.

“The city sent out letters, in early January, to all businesses within the city, as well as sent out notices via (e-mail),” she said. “In addition, we sent out a news release in January regarding the tax changes.”

She said the next edition of the city’s newsletter Menifee Matters will contain information about the sales tax change for both businesses and residents.

The state Board of Equalization, which collects taxes, has sent out information to everyone with a seller’s permit, advising them of the change.

It’s up to the merchants to collect the new taxes, information officer Paul Cambra said.

The April change actually will be the third sales tax rate in those cities in four months. When the measures were approved in November, the tax rate was 8 percent. That dipped to 7.75 percent Jan. 1 when a state increase expired. It will move up to 8.75 on April 1.

“I doubt very seriously anybody is going to notice,” she said, adding consumers already pay higher tax rates in other cities.

Q. How much of sales taxes do cities get now?

A. Cities get 1 percent of the current 7.75 percent sales tax to use however officials want. Nearly half of the total tax, a little less than 4 percent, goes to the state’s general fund; 0.75 percent is for county transportation projects, and small shares go to schools, health services, social services and public safety.

Q. What is sales tax charged on?

A. California charges tax on the sale or use of “tangible personal property,” which includes a broad range of items such as furniture, clothes, books, toys, pet food, alcohol and restaurant meals. No sales tax is charged on groceries, prescription medicines, or on services such as doctor and veterinary visits. There is no tax on auto repair services, thought auto parts are taxed.

Q. What about cars?

A. Cars are an unusual case, in that sales tax is charged on them, but the amount is based on where the buyer registers the car – usually where they live – rather than where the car was purchased. So a Riverside resident who buys a car in Moreno Valley would still pay the Riverside sales tax rate.

Q. How much would I really pay?

A. The current sales tax in most Riverside County cities is 7.75 percent, or 7.75 cents per dollar of an item’s cost. For example, a $10 purchase would get 77 cents in sales tax added at the register, according to the California Board of Equalization tax chart. In Hemet, Menifee, Riverside and Temecula, the tax in that city is increasing to 8.75 percent, so that $10 item would now have 87 cents of tax added.

According to the state Legislative Analyst’s Office, the bulk of a household’s annual spending is not subject to sales and use taxes. For most families, the biggest expenses are housing – rent or a mortgage – and health insurance and retirement expenses, which aren’t taxed.

How much more you’ll pay

With a 1 percentage point increase in sales tax, here’s how much more people will spend on a few common items: