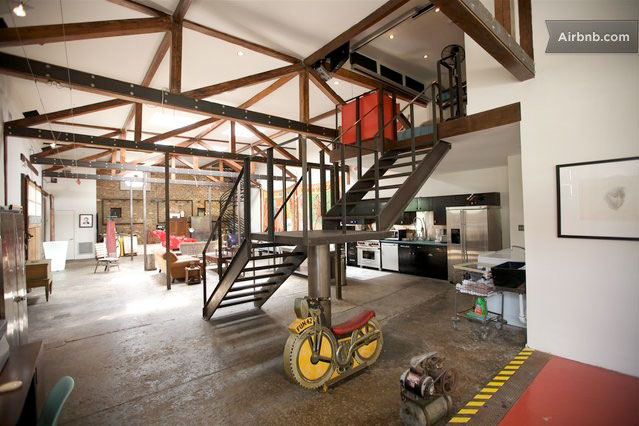 Dad tells reporters he lives inside a gas station. Take a peek inside

Robert Guthrie saw a unique opportunity and seized it much to the shock of many friends, family, and even his own son.

When Robert noticed a run-down gas station that was nearly 100 years old for sale, he effectively found “treasure” in what most considered was trash. The gas station was a 2,000 square-foot space that was ready to be transformed and renovated into a suitable home. Many labeled Robert as crazy when he told them about his idea, but just wait until you see the end result. It’s stunning!

In the video below, Robert shows a tour of his home. It’s heavily influenced by the space’s previous life, Sinclair Gasoline, so you will notice various relics scattered throughout the home. Robert added a roof deck, installed a hydraulic-lift turned staircase, a jacuzzi, and a full-modern kitchen. While the exterior doesn’t seem like much, the interior is jaw-dropping. It’s a perfect example of how awesome creativity is!