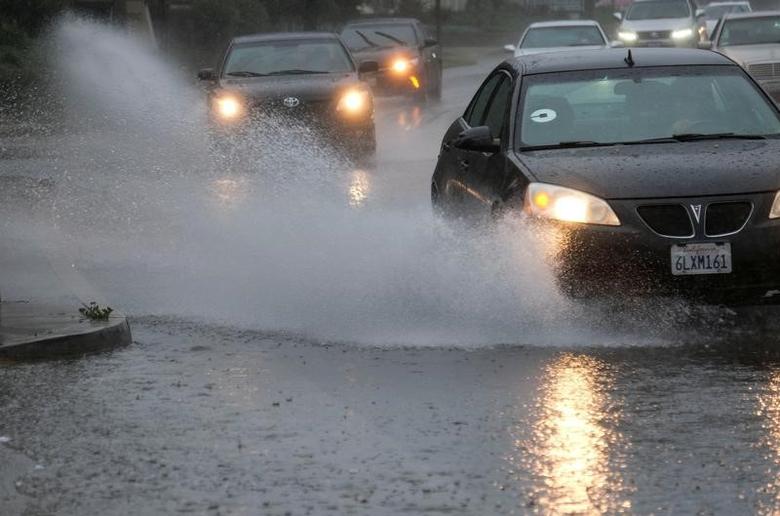 Large parts of Northern California were placed on a flood advisory on Sunday ahead of a storm system expected to bring heavy rain, wind and snow to the state, still cleaning up from a deadly storm that deluged Southern California two days ago.

The storm is expected to drop as much as 5 inches (13 cm) of rain in the San Francisco region through Wednesday, bringing more water to already saturated land that has been inundated with heavy precipitation since early January, the National Weather Service said.

“We could see flooding in areas that haven’t flooded in a long time and there will be additional stress on levees, rivers, creeks & streams,” the service said.

“The heaviest rainfall and higher elevation snow will be from Monday through Tuesday,” it said.

It added the Sierra Nevada mountain area could receive as much as 40 inches (101 cm) of new snow.

The California Governor’s Office of Emergency Services said the state was more susceptible to flooding because of destructive wildfires that left many areas in Northern and Southern California with burn-scarred hills.

There were no new warnings for the region near the Oroville Dam, about 150 miles (240 km) northeast of San Francisco, where officials had ordered the temporary evacuation of 188,000 people living down river from the structure last week because of damage to drainage channels, the local sheriff’s office said.

On Friday and Saturday, Southern California was hit with its biggest storm in years. The system unleashed a wave of rain and snow that killed at least five people and triggered flooding, mudslides, high winds and power outages, officials said.

In one of the wettest spots near Santa Barbara, over 10 inches (25 cm) of rain fell on Friday, with several other stations in Southern California reporting at least 9 inches (23 cm), said meteorologist Patrick Burke of the Weather Prediction Center.