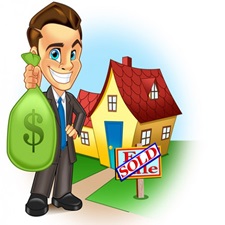 Home equity data released Thursday show the Inland area continues to climb out of the depths of the housing crisis – which at one point had 1 in 2 Inland homes under water.

Economists and real estate experts look at negative equity – often called “under water” or “upside down” – as a measure of how well the housing market is performing.

In the Riverside-San Bernardino-Ontario study area, 11.2 percent of all residential properties with a mortgage were in negative equity in the fourth quarter, according to CoreLogic’s report issued Thursday.

A year ago, 14.8 percent of residential properties were under water in the same area, according to the report. Six years ago, the figure was 57.6 percent.

“It was high then,” said Andrew LePage, economist at CoreLogic, in a phone interview, “but at that point, all of California was at 37.3 while the nation was at 26 percent.”

This improvement shows that the value of an increasing percentage of homes is larger than the amount owed on a mortgage.

In the Inland study area, 92,310 of all residential properties with a mortage were under water in the fourth quarter of 2015 compared with 121,638 a year earlier.

CoreLogic, a nationwide data-crunching analytics company, combines data from public, proprietary and other sources to construct a picture of foreclosures, sales, median prices and equity status for American homeowners.