8 Things Never to Say to a 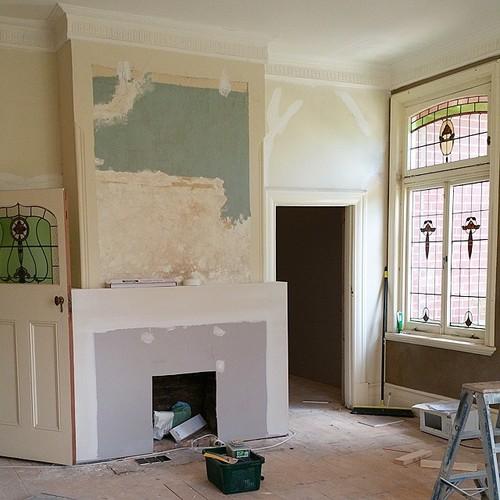 Even the most crafty DIYer can’t do everything his or herself. But when it’s time to call in the pros, do yourself a favor and think carefully before you speak. Even a seemingly innocuous comment can rub contractors the wrong way, cost you money, or create major headaches later on.

Stephen Fanuka has been a general contractor for more than 22 years, and with his own show, Million Dollar Contractor, he’s arguably one of the nation’s most famous. But even with high-profile clients and astronomical budgets, he hears many of the same ill-advised comments as everyone else in his line of work.

Yahoo Makers talked to Fanuka and several other contractors to learn what you should never say, unless you want to end up as a renovation horror story. Are you guilty of uttering these phrases?

1. I hired you because the other guys I hired never showed up. This is always a red flag to Al Davidian, owner of Innovative Constructions in the Los Angeles area. “To me it seems that this is a problem client – why would several people not want to show up for this person’s project?”

2. “I watched a YouTube video, so I probably know just as much as you do about how to do it.” There’s truth to the saying that a little knowledge is a dangerous thing… with all the home renovation how-to videos available, it’s easy for a homeowner to assume that they understand the work involved. But just as you wouldn’t watch a video of a surgery and then try to tell your surgeon how to do your appendectomy, you shouldn’t tell your contractor how to do your renovation. “It’s okay to Google things as a client, you do want to educate yourself,” says Fanuka. “But don’t act like you know more than the tradesman. Try to be respectful that they are the professionals.”

3. “While you’re working on this, can you just do these few other things?” This is a big pet peeve with Davidian – when a client starts adding on unrelated tasks that are beyond the scope of work originally contracted. “I don’t mind doing a few small things here and there without charging extra,” he says. “But when it’s too much, and not part of the contract, that’s an unrealistic expectation.”

Related Story on Yahoo Makers: 10 DIY Projects You Can Actually Do This Weekend!

4. “It’s okay, the neighbors won’t mind.” If you think there might be an issue with zoning, permitting, or any other matter that might affect your neighbors, it’s always best to clear it with your neighbors and not to assume they will be okay with the work you’re doing. John Cummings, a contractor with Clockwork Construction in Decatur, GA, recalls a project he was doing with a roofed deck that was close to the lot line, but for which the client had gotten a variance years ago. “They said the neighbors would be fine with the project,” he recalls, “But the minute we started work, they called the city and got us shut down. Don’t assume you’ve got a good relationship with your neighbors.”

Related Story on Yahoo Makers: What Rev Run Can Teach You About Renovating

5. ”I’m going to fly you to Afghanistan to pick out the marble for my countertops.” No joke, a client actually requested this of Fanuka. His reaction? “You couldn’t pay me enough to go to Afghanistan to pick out your countertop,” he says. (He did, however, fly to Italy on a client’s dime to match the stucco on a house.) Bottom line: Don’t expect your contractor to risk their life just so you can get a certain result.

Related Story on Yahoo Makers: Get Inspired by the World’s 10 Most Expensive Homes

6. “You’ll have the check tomorrow.” The contractors we talked to said this is the number one thing they hear, and the promise is rarely acted upon. Fanuka says he’s even known clients to intentionally not sign checks to buy themselves a few extra days. When you tell your contractor when you’ll pay them, be true to your word.

7. “Since I just told you what I want, there’s no need to put it in writing.” To make sure everyone is on the same page – literally- Fanuka and other contractors recommend that everything is in writing. If you have a conversation, follow it up with an email or meeting minutes so that you have backup if there’s a misunderstanding.

8. “You’re almost done, here’s my final payment.” Even if there’s just some cleanup or a few last finishing touches to be done, it’s always best to hold that last 10 percent of payment until the punch list is done. Once he’s fully paid, some contractors might not be motivated to ensure that their job is completely finished in a timely manner.